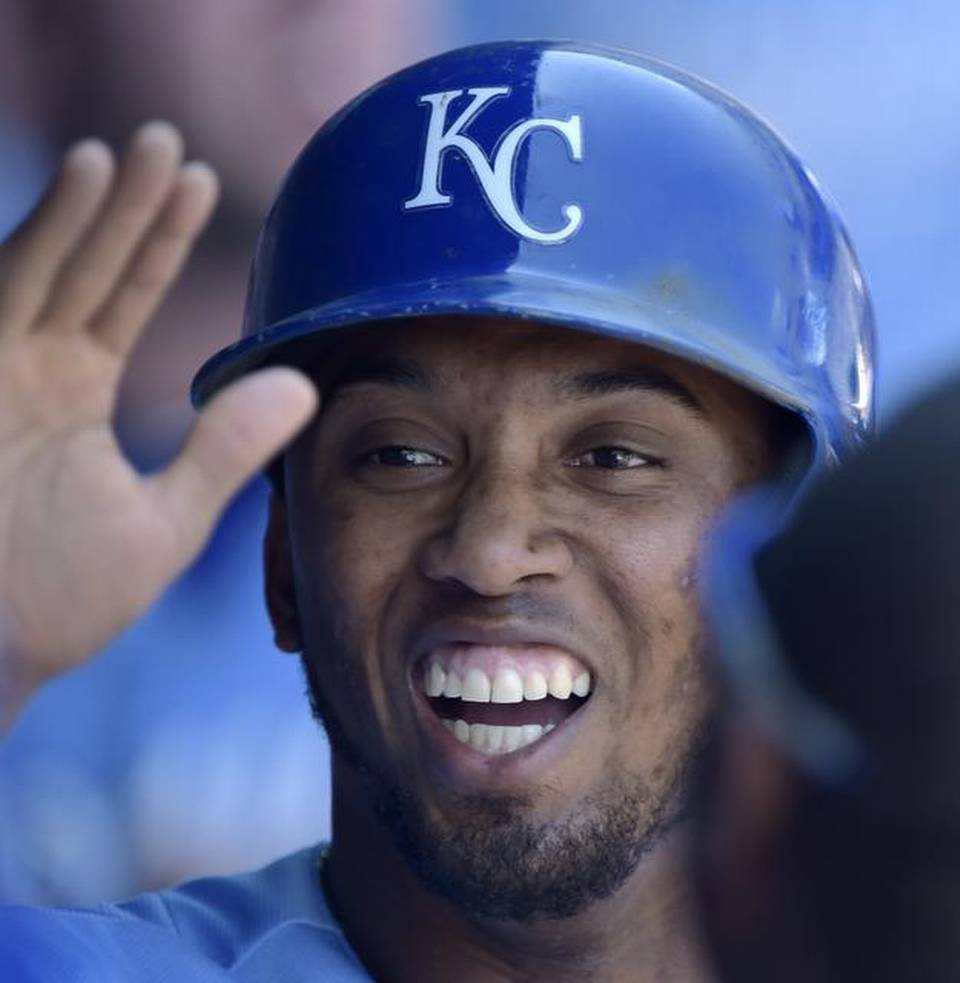 The Kansas City Royals head into Sunday as one of three remaining unbeaten teams at 5-0.  After sweeping the re-tooled and division rival Chicago White Sox, the Royals look to sweep the Los Angeles Angels, the team with last year’s best regular season record.  Going into the 2015 season, many, including us at Off Base, expected the Royals to have a stellar defense with solid pitching depth, especially in a bullpen that included the three-headed monster of Kelvin Herrera, Wade Davis, and closer Greg Holland.  The dynamic and explosive offense that happens to be the third highest scoring in baseball through Saturday was unexpected.

As a team, the Royals are hitting .324/.406/.526.  They are 2nd in baseball with 8 home runs and tied for 2nd in baseball with 7 stolen bases, showing that the offense possesses both power and speed.  Potential Comeback Player of the Year Kendrys Morales is hitting .400/.500/.700 and fellow free agent pick up Alex Rios is not doing bad himself, hitting a solid .300 with 5 RBIs and 2 SBs.  Yet what may be key to the Royals offensive outburst may be their still unfamiliar shortstop and lead off hitter, Alcides Escobar.

Escobar has largely flown under the radar for most of his career, displaying both inconsistent fielding and hitting.  Even after the Royals World Series appearance, Escobar remains an unknown to the casual fan.  In his first four seasons with the Royals, he committed at least 13 errors each season and batted only .267.  Yet the 28 year old, originally brought up with the Milwaukee Brewers, seems to be turning it around as he enters his prime, finishing last season with a .285 BA and ending up a finalist for the Gold Glove.  Although it’s early, 2015 could be Escobar’s big breakout year.

In five games, Escobar is hitting a robust .400 with a .455 OBP.  Admittedly the season is young and numbers like this won’t continue for the rest of the year.  However in the small sample size we have, a few things stand out.  First, the Royals have scored in the first inning in three out of the first five games.  Getting ahead of the other team early in the game is advantageous for a team like the Royals that has a bullpen that can shut down another team’s late threat of offense.  Escobar, the Royals lead off hitter, has much to do with getting that early lead.

Second, Escobar has had the opportunity to gain 28 extra bases after reaching base with hits and walks and he’s gained 20, good for a Next Base Rate of .714.  To give some perspective, teammates Kendrys Morales, Lorenzo Cain and Mike Moustakas have had very similar opportunities (30, 31, and 30 possible Next Bases), but only have the respective Next Base Rates of .367, .484, and .500.  To put it in another way, Escobar has scored 6 runs off only 8 hits and 2 walks.  When Escobar is on, the Royals score runs.  And when the Royals score runs, they are tough to beat.

Last season, Escobar had an outstanding NBv of 1.047, good for 12th overall in all of baseball.  An NBv of 1.000 simply means that after reaching base, the player is expected to pick up 1 extra base.  Therefore last year, when Escobar got on, things happened.  The trouble, of course, was that last year, like the rest of Escobar’s career, he was inconsistent getting on base.  So far, Escobar has shown no signs of trouble, and he is indeed burning up the base paths.

The year is still young, but so far the Royals seem to be better than their World Series team as they have a robust offensive engine up and running.  For this to continue, Alcides Escobar may be the key.