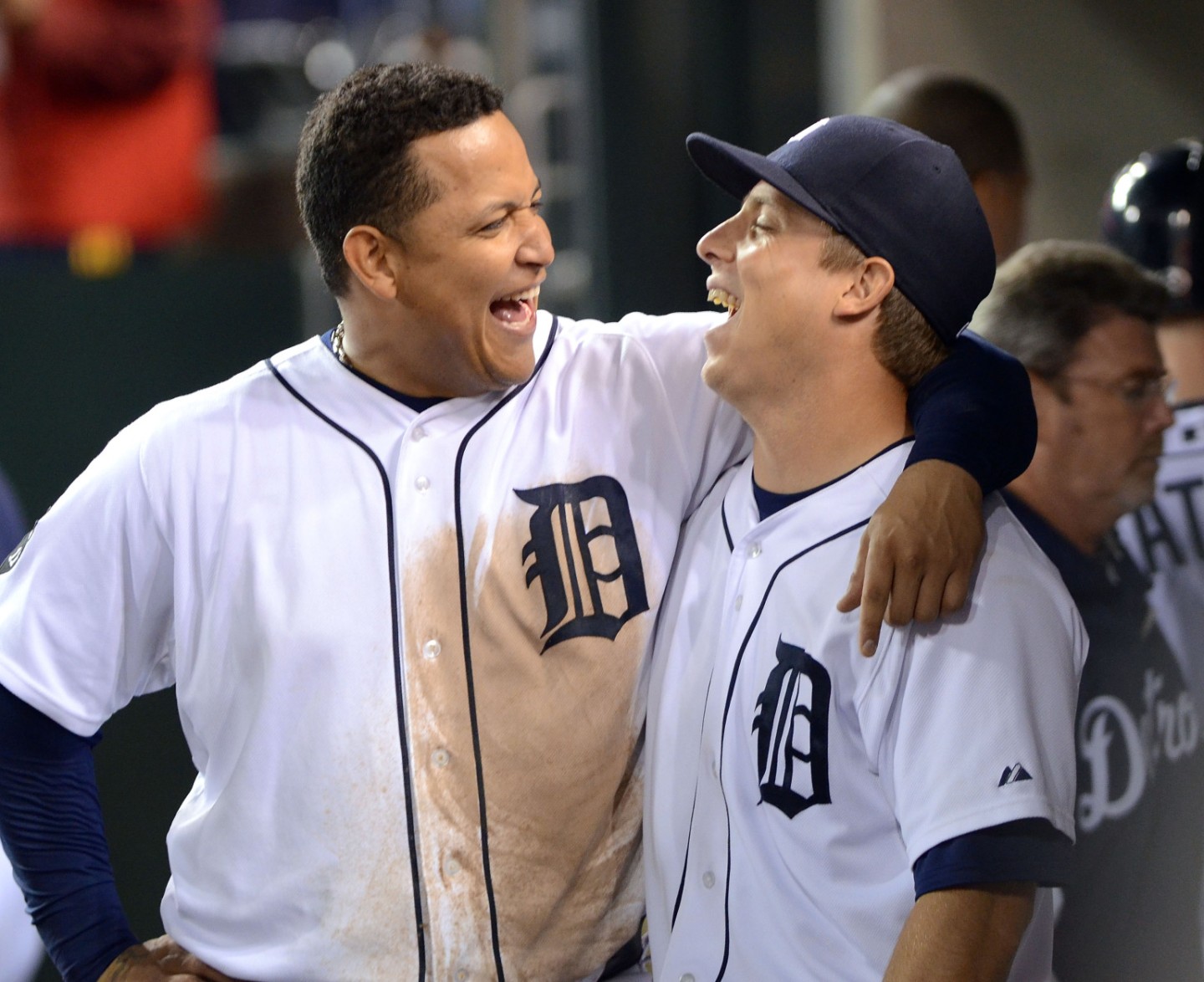 You may have heard that the Central division is no longer the doormat in the American League and is one of the “toughest” divisions in all of baseball.  On the face of it, this may seem quite a reasonable assertion.  The division is home to the defending American League Champion Kansas City Royals. The division is also home to arguably the best player in baseball, Miguel Cabrera.  One of the best managers in baseball, Terry Francona, is overseeing a young and talented Cleveland Indians, and the Minnesota Twins have in their farm system the number one prospect in baseball, Byron Buxton.  Also, if you hadn’t noticed, the division includes one of the declared winners of the off-season, the Chicago White Sox.  Thank god for PECOTA to burst the bubble out of all the hype and set the story straight.

The recently released Baseball Prospectus outlook for 2015 has the Detroit Tigers winning the division with a measly 83 games, far from a win total that would suggest a division powerhouse.  Although it would be a stretch to say the division is as bad as PECOTA is predicting, it’s more telling that the projections have the AL Central being quite competitive, with only 13 games separating the Tigers and the Twins, the last place team.  This appearance of competitiveness seems to be driven by the fact that every team either lacks top tier talent or depth of talent.  Or possibly both.

One gets the sense that the Tiger’s organization is scrambling under the weight of bloated contracts, especially after another Victor Martinez knee surgery and the probability of Martinez not being available until the start of the season.  The front office signed the aging star to a four-year deal, signaling an all-in approach for at least the next two years.  However, putting your eggs in a creaky, old and very expensive basket has its risks, with injury and regression being at the top of the list.  The signing of Martinez, coupled with the contracts of Cabrera and Justin Verlander, leaves the team with the inability to shed payroll and add fresh outside talent.  Although the Tiger’s offense is stacked when a healthy Martinez is around, Cabrera is like a last man standing among the rest of the lineup without the protection of Martinez.  Even Cabrera seems to be swinging off one leg, as his power numbers took a dive last season.  His great batting eye and bat speed are still there, but for how much longer? Max Scherzer leaving and signing with the Nationals is less of a blow with a full season of David Price, however the loss of Rick Porcello, the continuing decline of the expensive Verlander and the hope that one of the worst bullpens in baseball will not be as bad as last season makes for a very questionable pitching staff.  Oh yeah, and the Tigers defense is dreadful.

It is apparent that the Royals are complacent with last year’s championship team.  Plug in Alex Rios for Nori Aoki, Kendrys Morales for Billy Butler and Edinson Volquez for James Shields, and there is no doubt the organization has a sign in their offices that reads “if it ain’t broke, don’t fix it.”  As a small market team, this makes business sense, as the Royals stay away from aging veterans with expensive deals and field a competitive product with long-term solvency.  For example, only $22 million is committed to payroll for the year 2017.  Although the Royals don’t have top tier talent like the Tigers, there is enough talent spread around that leaves no glaring holes or weaknesses and makes them one of the deeper teams in the division.  Taking a fly on Kris Medlen could be one of the more underrated moves of the off-season, as he has shown, prior to surgery, that he is a talented pitcher who could provide ace-type stuff for a team that never truly had an ace all of last season.  Yes the team may not win 90 games, but fielding average and above average players at every position keeps the Royals competitive in a league full of parity.

More than any other team in the division, the Cleveland Indians seem to be an enigma of expectations.  They have talent, headlined by last year’s Cy Young winner Corey Kluber.  And they easily have the best manager in the division, the previously mentioned Francona.  Yet they have the bad contracts of Michael Bourn and Nick Swisher as well as a fair amount of players with unproven track records sprinkled throughout the roster.  The Indian’s major off-season acquisition was Brandon Moss, acquired from the Oakland A’s, yet it seems that for the most part, the team is relying on the status quo.  There’s a lot to like here, especially with players like Jason Kipnis and Yan Gomes who have grown with the team, but one wonders if the front office is in a holding pattern until some of the bad contracts go away.

Chicago is a Cubs town and folks tend to forget the White Sox are a small market team with a limited budget reliant on filling the stands.  Since the organization has seen a steady decline in attendance every season since 2006, the year after winning the World Series, the off-season was designed to get butts in the seats.  The fascinating aspect of all the accumulated talent from the off-season is that the acquired players all have tradable contracts.  In other words, if the expensive experiment fails this year and the White Sox sink to the bottom of the standings, the front office can trade away Adam LaRoche, Melky Cabrera, Zach Duke and Jeff Samardzija, whose talents and contracts are very attractive to a team looking for that one piece to get over the top.  Of course this is a worst-case scenario, as the expectations for the organization are quite high.  And they should be.  Talent was gathered to place around Jose Abreu and Chris Sale in order to take advantage of their prime years.  Another MVP-type season for Abreu and Sale’s first Cy Young are not out of the question.  Although the rotation gets thin after third starter Jose Quintana, and the bullpen is not a sure thing besides closer David Robertson, the offense is much more balanced and there may be just enough pitching to win this division.

Ask any casual fan to name two players on the Twins not named Joe Mauer or Torii Hunter (yes, he’s back), and they would likely have a hard time coming up with answers.  Phil Hughes, Brian Dozier and newly acquired Ervin Santana come to mind as the most likely mentioned names.  Unfortunately as the organization is in transition, the talent becomes unrecognizable.  While we wait for highly touted minor league players like Byron Buxton to make an impact in the show, the Twins face the problem of lacking an identity.  Part of this stems from Ron Gardenhire no longer being one of the leaders and faces of the team after his dismissal at the end of last season.  In his place steps Paul Molitor, a first time manager.  The Twins are young and could surprise, but like their new manager, they are an unknown entity that needs to prove itself.