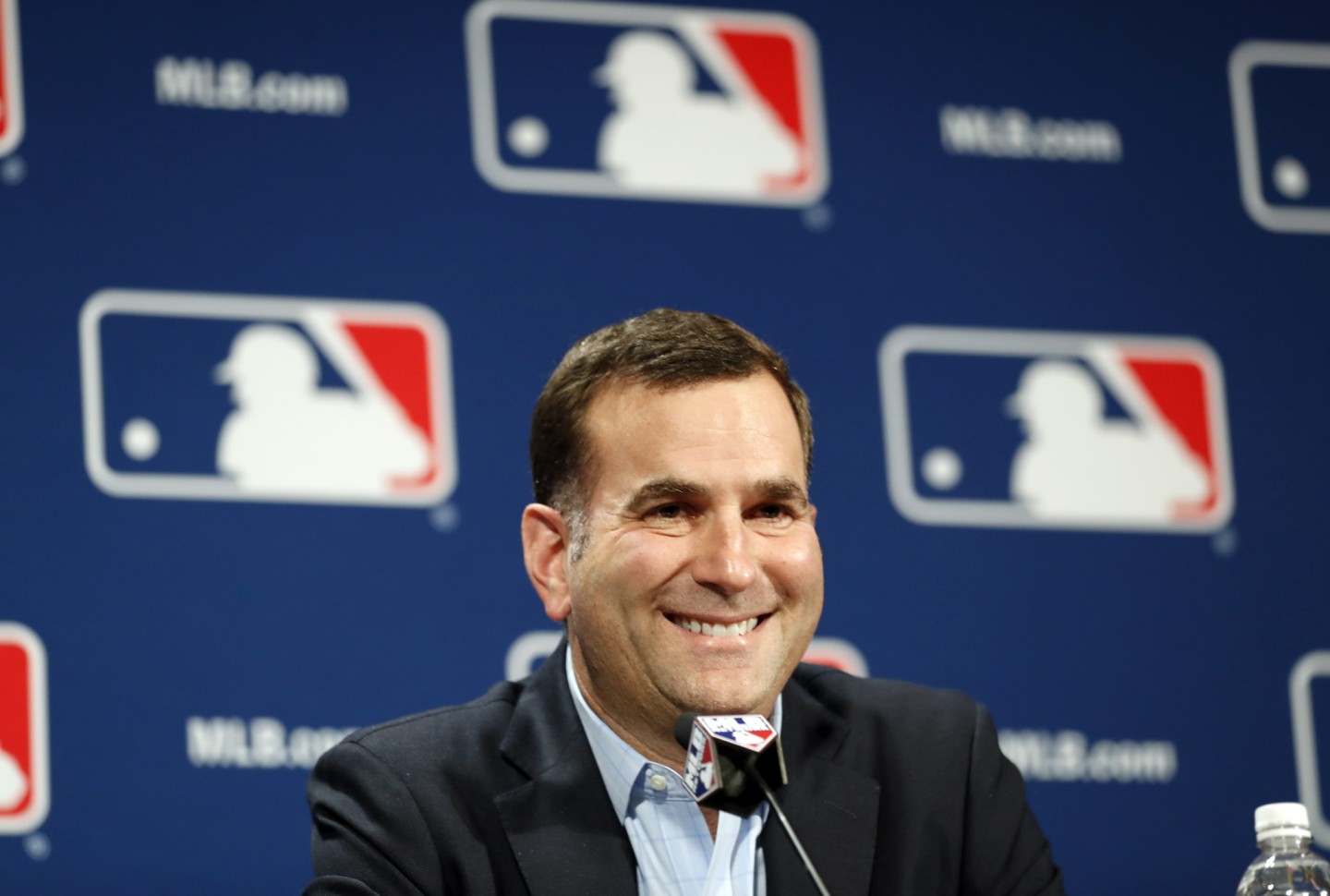 With just three weeks left until pitchers and catchers report to Spring Training, the Chicago White Sox purported “rebuild” seems to be stalled, especially as very little has changed from last season’s Major League roster. Yes, two top talents, Adam Eaton and Chris Sale, are gone for a boatload of prospects. But with the vast majority of the team’s (expensive) talented veterans such as Todd Frazier, David Robertson, Melky Cabrera and oft-written about Jose Quintana remaining, the hoped-for systemic organizational surgery that Sox fans have been drooling over seems like nothing more than a nose job. Last week, Paul Sullivan of the Chicago Tribune hinted to a possible, if not probable, explanation for the lack of moves, suggesting, if one reads between the lines, that the White Sox were not really engaged in a rebuild this offseason, but instead had merely “de-LaRoched” the team.

Expanding on Sullivan’s article, if one remembers, first baseman/designated hitter Adam LaRoche retired last year before the season started due to what turned out to be a clubhouse affair revolving around LaRoche’s son, Drake, and his access to the team. LaRoche was told by Sox Vice President Kenny Williams to significantly scale back Drake’s presence in the clubhouse before the season started. Williams’ intervention was propelled by personnel, most likely the Latin players, who complained (probably to the team’s new, Spanish-speaking bench coach, Rick Renteria) of the 14-year-old’s highly unusual situation. As LaRoche signed the previous year with the understanding that his son would be allowed, but with no contractual obligation by the club to allow it, LaRoche chose to retire. His most vocal supporters? Now ex-Sox players Eaton and Sale (and, to a lesser extent, relief pitcher Zach Duke, who was traded last summer). Eaton, who at the time was the White Sox Players Union Representative, was reported to claim that LaRoche did have a provision in his contract for Drake’s access and called the child a “team leader.” Sale openly criticized (or bashed) Williams to the media. Duke would later show his support of LaRoche through an ESPN Magazine interview.

After the LaRoche affair, two more significant clubhouse conflicts emerged during the season. The first involved White Sox players, led by player rep Eaton, refusing to follow the Seattle Mariners’ organizational rules when it came to tipping clubhouse personnel. Traditionally, visiting players have paid clubhouse dues and tips directly to clubhouse managers, who, along with their assistants, are responsible for making the road teams more comfortable. However, the Mariners had instituted a new policy that required visiting team players to pay clubhouse dues to the team, with the team keeping 60% of the money and reallocating the rest. Although other organizations had expressed curiosity over the new arrangement, Eaton and the White Sox players refused to pay at all.

Interestingly, this affair was reported only after the major in-season conflict of the year, which involved Sale and his refusal to wear White Sox throwback jerseys. Without going into too much detail of the highly reported story, Sale not only refused to wear the “uncomfortable” jerseys, but took scissors and cut up the outfits. He was immediately suspended, later calling out the White Sox organization for prioritizing its marketing over winning. Eaton showed his support for Sale and, as it turns out, has the only undamaged jersey from the incident.

Suffice to say by mid season, it could be argued both Eaton and Sale had burned their bridges with the White Sox front office and, more significantly, owner Jerry Reinsdorf, through their support of LaRoche, disloyalty to the organization, and simply being, especially in the case involving the Mariners, troublemakers. On top of it all, the Sox were headed to their fourth straight losing season. From a corporate perspective, it’s easy to understand why the White Sox would want the LaRoche faction gone regardless of their talent: the talent, as good as it was, wasn’t winning and were pains in the ass to boot. With the Sox stumbling towards the 2016 trade deadline, rumors swirled of a Sale trade involving the Boston Red Sox. Teams like the Red Sox recognized the vulnerability the Sox would have in any trade deal involving Sale and more than likely proposed under-value packages to General Manager Rick Hahn.

Alas, the only significant deal involved Duke, who was sent to the St. Louis Cardinals in exchange for outfielder Charlie Tilson. Hahn most likely recognized his lack of leverage in any trade situation involving Eaton or Sale, especially after the jersey affair and the revelation of the Mariners clubhouse incident. Yet Duke, expendable for being a long time friend of LaRoche after playing with him in Pittsburgh and Washington, still provided value from being less vocal with the media than either Eaton or Sale. Going into the offseason, the biggest question for Hahn, if he was truly trying to unload the troublemakers, was how would he get top value back in return. As was, the options were to 1) hold onto both Eaton and Sale or 2) trade both Eaton and Sale. Of course the first option was now impossible, especially as the organization doubled down on its Latin players by promoting Renteria from bench coach to manager. And the latter option was not much better, as Hahn would not get anything much different from what was offered at the trade deadline.

It seems Hahn and the White Sox organization came up with a brilliant strategy. Instead of signalling that only Eaton and Sale were available, obviously due to their insubordination and ostracism from the rest of the clubhouse, they would purport to make every player on the roster available. Instead of placing obvious blame for the organization’s woes on a few bad, yet still very talented apples, the White Sox would advertise that the entire organization was ready to sell the whole barrel. Unfortunately by doing this, it could be argued that value diminished for the lesser talents on the roster as well as players with expensive deals or one year contracts. Yet value on the top talent concerned, Eaton and Sale, increased from the previous leverage lost as a fire sale brought every organization to the table, thus driving up demand. Wielding the media to spread its “rebuilding” message, with folks like Bob Nightengale of USA Today who unquestioningly reported that the White Sox were open for business, the White Sox created credibility in their purported plans.

Of course much of this is all speculation. Yet here we are, with Spring Training right around the corner and we know what has happened: the White Sox received top value, or nearly top value, for Eaton and Sale (supposedly Hahn reconsidered his demands for having prospect Rafael Devers included in the package for Sale). And after a few minor signings, the roster has remained largely untouched, with Quintana receiving the most interest (Hahn, unlike the Sale deal, has held to his high demands on any package involving the lefty). The offseason proved that there was demand for much of the remaining players on the Sox roster, including starting pitchers (Quintana), third basemen (Frazier) and closers (Robertson), yet one wonders if there ever was intention to trade such players now that the team has purged itself of its LaRoche faction. With “alternative facts” and “fake news” being the conversation of the day, it seems as though the White Sox organization and its front office are veterans at fibbing, especially as we are made to believe their lack of action still constitutes as a rebuild.