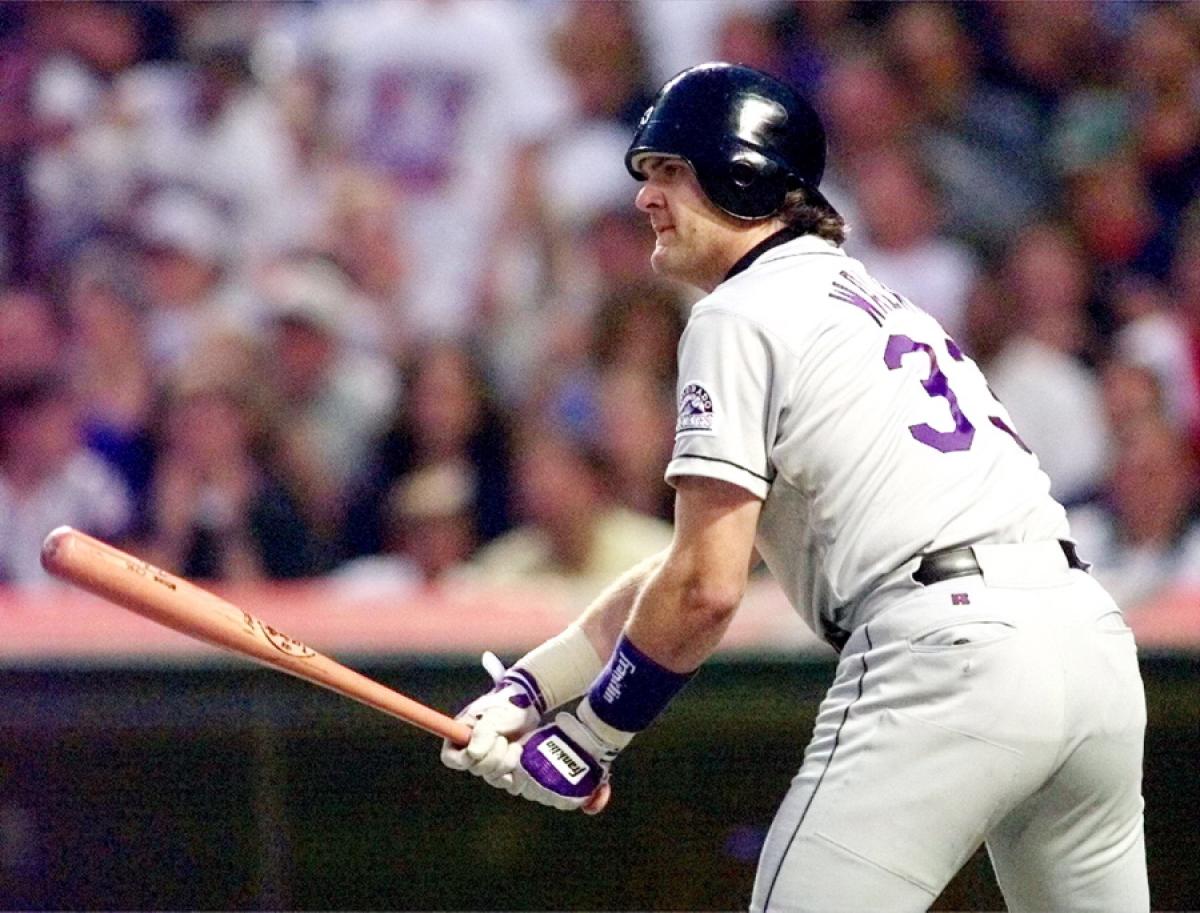 After Jason Heyward’s deal with the Chicago Cubs early in December, news of outfielder signings has been rather scarce – that is until some of the dominoes began to fall last week.  With the Kansas City Royals finalizing a four year deal for Alex Gordon, teams began to put their outfield plans into motion.  The San Francisco Giants, in pursuit of Gordon but not willing to offer more than three years for the aging veteran, went ahead and signed Denard Span, a Scott Boras client, to a three year commitment.  The Washington Nationals, Span’s former team and a popular partner for Boras, failed to beat the Giants offer and instead finalized their trade with the Toronto Blue Jays, receiving outfielder Ben Revere for relief pitcher Drew Storen.  This player movement from last week was nothing more than the consequence of Gordon signing a deal well short of his supposed 5 year, $100 million asking price.  Due to unfortunate circumstances this MLB offseason, we’ve seen the outfield market slowly develop as teams have remained firm in not giving into players’ rumored demands.

As we wait patiently for the next set of dominoes to fall, starting with the Colorado Rockies’ signing of Gerardo Parra as well as the decision of slugger Chris Davis (who’s been touted to play both first base and the outfield) on returning to the Baltimore Orioles, we can at least evaluate the other big baseball news from last week, the Hall of Fame voting.  Indeed after reviewing the results, baseball has shown as much love towards its outfielders of the previous generations as those currently playing.  Of course, Ken Griffey, Jr., got in on his first year of ballot eligibility, just three votes short of becoming the first unanimous Hall of Famer.  And Tim Raines continued to get a last-minute push as his time on the ballot is set to expire next year.  Yet the rest of the voting reveals that two others who roamed the outfield got the short end of the stick and that’s a shame.

One of those players, center fielder Jim Edmonds, went the way of Kenny Lofton, quickly dismissed and purged from the ballot in his first year of eligibility.  Like Lofton in 2013, Edmonds was a borderline Hall of Fame case that deserved a chance for voters to make a better evaluation of his career.  As David Schoenfield from ESPN pointed out, from 1995 through 2005, Edmonds hit .293/.388/.554 while averaging 30 home runs, 87 RBIs and 97 runs per season.  All this while eventually winning eight Gold Gloves.  He ended up just short of 400 home runs and ranks 13th all-time in career WAR for center fielders.  Punctuated by his spectacular catches in the field, Edmonds’ elite defense ranks among the best and may have been in itself Cooperstown worthy.  Yet he received just 2.5% of the vote.

It is unfortunate that he failed to garner the necessary 5%, the minimum to return for each successive ballot, because other fringe candidates that have remained have seen their stock rise as voters have had time to reevaluate their careers all the while voting in shoe-ins like Griffey, Greg Maddux, and Randy Johnson.  For those fringe candidates that have lasted, many vote totals have noticeably increased over the years, including those for Barry Bonds, Roger Clemens, Curt Schilling, Mike Mussina, Edgar Martinez, Alan Trammel, and the previously mentioned Raines.

In regards to Bonds and Clemens, we might be seeing a shift in voters’ prejudice against players linked to steroids, especially those who were great before they supposedly took illegal substances.  Both Bonds and Clemens, of course, would be shoe-ins if not for that link.  In regards to Schilling and Mussina, we might be seeing a reevaluation of pitchers who played during an offensive era.  For Schilling, his postseason dominance stands out.  For Mussina, it is his pitching consistency during his time in the tough American League East that has garnered praise.  In regards to Martinez, we might be seeing how comments from recently elected Hall of Famers affect voters’ judgments, as pitchers like Johnson and Pedro Martinez have recently stated that Martinez was the best hitter they’ve ever seen or pitched against.  In regards to Trammel and Raines, the consequences of a time crunch affects the sentimentality of voters and usually favors the player, with Trammel’s jump of 15% on the ballot due to this being his last year of ballot eligibility.  With Raines coming in at 69.8%, it seems the 1980s All Star will indeed be elected to the Hall of Fame, thanks in large part to Jonah Keri’s unwavering support and case for the second-best leadoff hitter the game has ever seen.

With all these shifts in support, one outfielder that surely should have made strides would be Larry Walker.  Unlike Lofton or Edmonds, Walker started off on the Hall of Fame ballot quite well, gaining 20.3% of the vote in 2011.  However as his time on the ballot has increased, his numbers have not.  This year, he received only 15.5% of the vote, which was actually up from his all time low of 10.2% in 2014.  The right fielder, who grew up in Maple Ridge, British Columbia playing hockey, has not had the reevaluation or support many of the players mentioned above, including Raines, have had.  And as Walker has only four more years left on the ballot, time is indeed running out for an outfielder that should be enshrined.

To begin with, we must throw out the argument against Walker that he played in Colorado.  There have been a number of hitter friendly parks (e.g. Fenway in Boston) that have not deterred voters before and it could be argued that Colorado, at the time a newly created franchise with a small fan base, was actually a detriment for Walker, especially concerning his exposure on the big league stage.  This argument is supported by the fact that Walker only appeared in 5 All Star games, suggesting that the media (and therefore baseball fans) all but ignored him as he played for the small market Rockies.  That being said, his numbers were admittedly inflated by playing in the thin air.  But golly, if ever there was a player that had video game like stats, the kinds one would get playing on ‘easy mode’, it would be Walker.  In 1997, his MVP season, he hit .366/.452/.720, with 48 home runs, 130 RBIs and 143 runs scored.  In his follow up season to winning MVP, he had a “down” year slashing .363/.445/.630.  He then came back in 1999 and hit .379/.458/.710 while belting 37 home runs.  Walker’s eye popping numbers, however, weren’t solely due to the thin air, as his OPS+ of 141 suggests he was a great hitter regardless of where he played.  OPS+, of course, is a stat that adjusts for park factors and his career number is better than Hall of Fame right fielders Al Kaline (134) and Reggie Jackson (139).  In fact, Jay Jaffe’s JAWS system suggests that Walker was better than the average Hall of Fame right fielder.

Walker was the unusual type of slugger who didn’t strike out at enormous rates.  In fact, he struck out more than 100 times in only three seasons.  His eye was so good he walked more than he struck out five different seasons.  Walker was not just a great offensive player in the batter’s box, but also on the base paths.  Folks tend to forget that he was fleet of foot, swiping at least 15 bags in a season seven times.  This combination of hitting for average and power all while running the bases well shows Walker was indeed an offensive force.  It is no surprise that Walker is 14th all time, regardless of position, in overall TBv, our own stat here at Off Base.  The only players above him?  How’s this for a list:

Except for Barry Bonds, all are in the Hall of Fame.

What really puts Walker over the top is that along with his excellent hitting ability, he was also a premier defender in right field.  Walker had at least 10 outfield assists in a season eight times, revealing his great arm, and he would claim a whopping seven Gold Gloves over his career.  The only real knock against Walker was he couldn’t stay healthy.  He played more than 143 games just once.  However, Walker’s career extended 17 years and, throwing out his rookie season, he still averaged playing 123 games per season.  For 10 of his 17 years, he played 130 or more games.  Regardless of his durability, Walker belongs in Cooperstown.  Walker ended his career hitting .313/.400/.565 with 2,160 hits, 383 home runs, 1311 RBIs and 1,355 runs, finishing in the top 10 for MVP four times (one win) and earning three Silver Slugger awards.

We would hope that the three voters who did not vote for Griffey used their votes to help boost the chances of borderline Hall of Fame candidates like Edmonds.  At the very least, they should have been voting for Walker.  With less shoe-ins on the ballots over the next few years, hopefully voters will throw some love towards the right fielder, something outfielders are not getting so much these days.