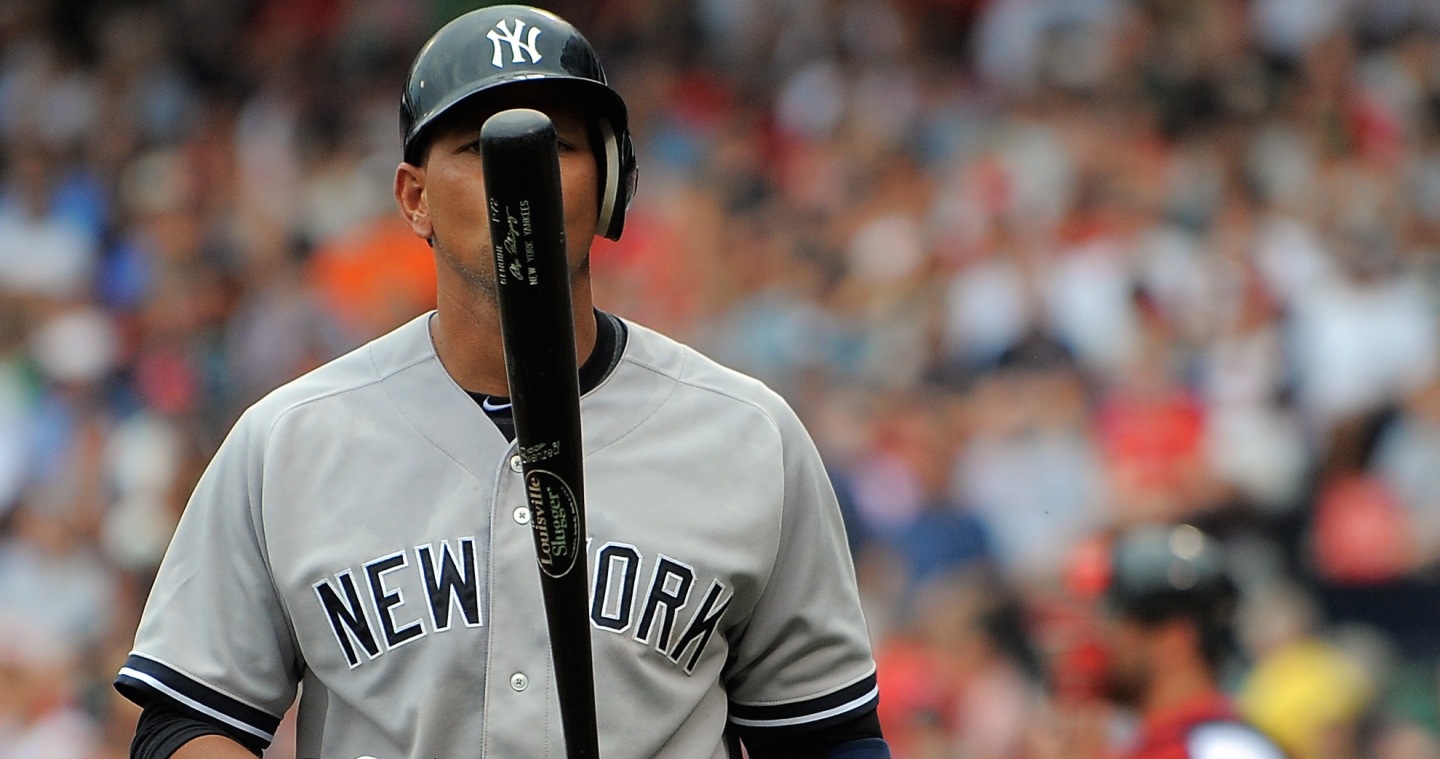 It’s changed so much that real players are now figments of our imagination. Contrary to what our eyes saw, Barry Bonds never homered so often that walking him with the bases loaded was less scary than pitching to him. Roger Clemens never hunkered down and steamed a four-seamer by a number four hitter with men on second and third and the game on the line. Those patented Bonds walks to first base as he watched his next masterpiece sail away? They never happened. Those fist pumps, the beacons of competitiveness and passion on the mound? Didn’t occur.

At least that’s what baseball has us believing now. Not intellectually, but deep in our marrow. Those players who were revered are only ghosts who never really lived anywhere but in our wildest video games.

The problem is, one of those ghosts still plays the game and will continue to do so for the next two or three or four seasons. Alex Rodriguez is a ghost. He isn’t real. Nothing he does on the baseball field will feel real. It simply isn’t really happening. Except it is.

But the changes don’t only have to do with an illegal substance that the government and then Major League Baseball themselves blew into an all-out scandal, creating witch hunts and doing whatever necessary to place all blame on players rather than the sacred game. The changes also have to do with technology. With the internet. With writers, statheads, savvy general managers and progressive in-game tacticians. The game doesn’t look like it did 20 years ago. A sac bunt looks like an idiotic relic. A defensive shift looks like common place. Batting the pitcher eighth has gone from experimental to “obvious.” The game that has held onto more tradition than virtually anything in American life, right down to fiery line drives that roam into the audience and threaten the safety of increasingly conservative Americans, has managed to mostly be preserved. But it’s changing and with that change, the players who sat at the cusp of the transition and not only helped to revive the game after a sketchy strike but were also the last vestige of its roots, have been turned into fragments skulking in the periphery of our memories… and on All Time Leader Statboards.

It’s fitting then that the ghostliest of baseball’s past would spend his final years chasing the holy grail of a formerly revered stat now gone dead: The RBI.

What’s unfortunate about the once glorious RBI is that before it became public enemy #1 in the deep-thinking baseball community it was one of the few stats that actually got the unknowing young fan thinking deeply about stats. Ultimately it’s just another counting stat, but unlike hits or home runs or batting average, the RBI made the novice spectator think about the direct connection between a particular player and the most important number in stats-gathering: Runs. RBIs told the fan that this batter is useful because he is responsible for the very thing that helps you win games. Or, this seemingly exciting hitter isn’t useful because he’s hardly in on scoring scenarios. Yes, there are tremendous flaws in any of that logic. Particularly the idea that just one hitter has everything to do with scoring in baseball. However, the stat does get your mind working the way stats should. In fact, we often reminisce about how as young fans the separation between home runs and RBIs was the first way we could tell how well-rounded a player really was. If Adam Dunn had 44 home runs and 90 RBIs, as fans looking skin deep we could surmise he might not be all that helpful. We wouldn’t be wrong.

When I was young, I considered players with big RBI numbers to be the very best hitters in the game. Think about it. Manny Ramirez. Sammy Sosa. Larry Walker. Todd Helton. Juan Gone. The guys who were driving in runs looked a lot like the greats. As such, two numbers became an obsession for me: 190 and 2000. In 1930, Hack Wilson drove in 190 runs in a single season. A record that has hardly been threatened since. In fact, the closest anyone’s come is 185, the very next year by Lou Gehrig. In my lifetime, Manny Ramirez gave it a run with 165 in 1999. Not very close. In 2003, Carlos Delgado looked like he genuinely had a shot when he threw up 97 before the All Star Break. Alas, he finished 45 short of 190. RBIs looked like the most valuable commodity in the game.

The second number, 2000, refers to the total RBI total of a given player. If you believe MLB’s official career numbers, only one man has ever amassed over 2000 RBIs in his career. That, of course, is Hank Aaron (with 2297 to be exact). Not Ted Williams, or Babe Ruth, or Barry Bonds. Just one… Again, for the young fan, this looked like a pretty good way to separate the legends from the greats. Within the next week or so, Alex Rodriguez will get to 2000. He will be momentarily applauded and then, as the Yankees and the league have so effectively done, it will be put under the rug.

Two thousand runs batted in. Let’s, for a moment, consider this number. For a player to get there he needs to have longevity. After all, averaging 100 RBIs in a season would take you 20 years. He’d need to bat in the heart of the lineup consistently, and well past his prime. There are only so many times you can come to the plate in a game and less when you are living in the bottom of the order. Similarly, he’d need to get into the batter’s box with men on base. Men who also would often have to have passed first, meaning he’d likely have to be behind the speedier, contact hitters, who also would be placed high in the order. In other words, the player can’t simply stick around long enough to get 2000 RBIs, like he could 3000 hits or 500 home runs. He would have to keep himself useful. This is maybe the number one reason why so few players have gotten to 2000. Meaningful at bats are at a premium, coming through in those at bats rare, and doing it for 20 seasons virtually impossible.

It’s a maligned counting stat that has been laid to rest by a sabermetric community that sees it as telling only a small part of the story, but Rodriguez getting there, a place so historically barren that he’s only in the company of one other, is truly incredible.

Alex Rodriguez is living the impossible. At least until he’s officially out of the game and buried under that rug. But what if A-Rod plays another four seasons? After all, he’s proving himself valuable in the Yankees lineup again. What if he somehow gets those 200+ more RBIs and actually passes Aaron for number one on the list? Then the ghost of Barry Bonds would own home runs. The intolerable ghost of Pete Rose would own hits. And the ghost of A-Rod would own ribbies.

Either way, nobody thinks Alex Rodriguez exists anymore. And nobody cares about the once great RBI. It’s a perfect marriage of a baseball tragedies that the league and its fans seem eager to pretend never happened. It’s funny how forgetful our collective minds can be when we really don’t put much thought into it. If A-Rod sticks around long enough to surpass Aaron, all three of the most exciting counting stat leaders – that the next generation of baseball fans will come know – will be ghosts.

Certain stats are being put to sleep by a changing baseball landscape. The souls of players the game regrets are the final nails in their coffins.