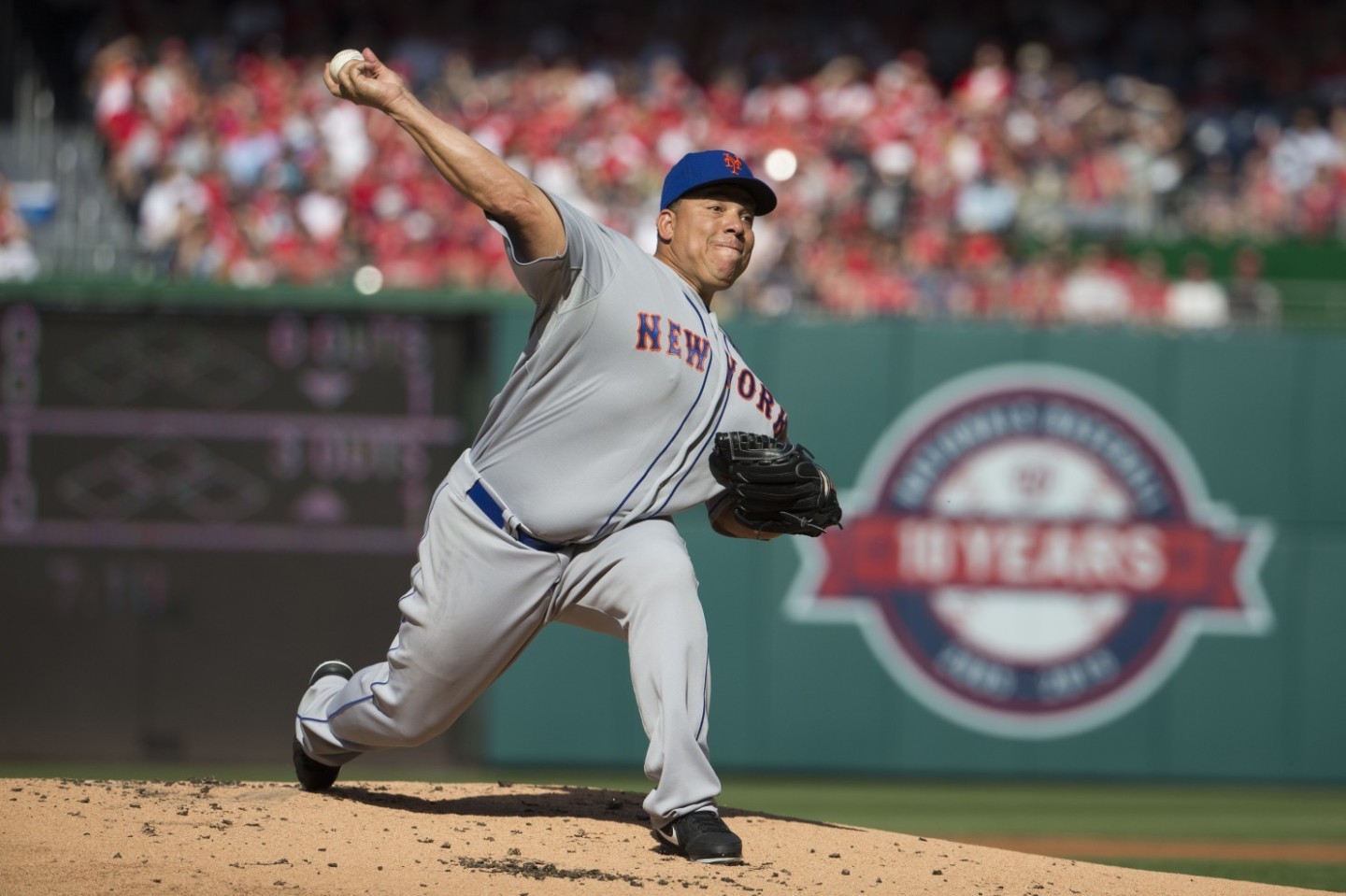 Of the thousand most intriguing stories that took flight during Monday’s Opening Day, both Number 1 and Number 789 were on the mound in Washington as the Nationals faced the Mets. Number 1, of course, being Max Scherzer, whose fresh new $210m contract allowed him to join possibly the best rotation we’ve seen on paper in recent memory. Expectations are sky high for the Nats on both offense and pitching and this Opening Day was supposed to be the freshly-minted powerhouse on full display. The only problem was that the far less exciting story was standing on the mound for the opposing squad. That is the unsinkable Bartolo Colón. Colón gets his share of press, partially because he looks like literally the most buoyant major leaguer in baseball and partially because he has the ugliest swing that the world has ever known. But at 42 years old, all Colón seems to continue to do is get out there and pitch… and win. Just as he did Monday against Max Scherzer and the Nats.

Now Scherzer pitched great, going 7.2 innings, giving up 0 earned runs and leaving with less than 100 pitches logged. Shaky defense and timely hitting from the Mets did the ace in, but nobody went home questioning the overpriced pitcher, as they may have over in the North Side of Chicago. Only Bartolo Colón, far less expensive and far less graceful, was just as good, going 6 innings, striking out eight, giving up only a moonshot to Bryce Harper and leaving with his team in a strong position to win the baseball game.Which they ultimately did.

I’ve never quite seen anything like Colón. In 2002, he was traded from the Indians to the Expos for Brandon Phillips, Grady Sizemore, and Cliff Lee. Two years ago that looked like the most lop-sided trade of the decade, as all three went on to become all stars. However, in 2014, Colón logged a better WAR than all of them combined. Colón wasn’t bad in the immediate aftermath of that trade. He won ten games to end the season with the Expos and he won a Cy Young with the Angels in 2005, but Colón never made it look pretty so the perception has been that teams could do better. Even when he won the Cy Young, the story was, “Was there really nobody better?”

Yet, Colón motors on and on and Monday there were still very few who were better. Monday’s win gives him 205 for his career and he’s well on his way to possibly dishing 2500 career Ks. Between 2006 – 2012, Colón was an injury-prone spot starter who was downright awful in most outings. Since reinventing himself in 2013 as a effortless junkballer who pitches to contact, he’s won 34 games while posting a 108 ERA+ and striking out 276. It doesn’t look pretty, but Colón has proven himself as suddenly one of the most reliable starters in all of baseball. Recently, Ben Lindbergh and Sam Miller’s Effectively Wild podcast drafted teams of the least likely Tommy John candidates over the next year. Colón was selected based on the basis that a major injury of that kind would total the body of a 42-year-old. Though maybe those guys shouldn’t be so sure. He may be the laughing stock of fans who can’t see past his body type, but right now he looks like a guy who might pitch until he’s 50.

With perhaps the best crop of young pitchers in baseball, the Mets trusted Colón to take the ball against arguably the best team in the game. All Colón did was walk away with another W.