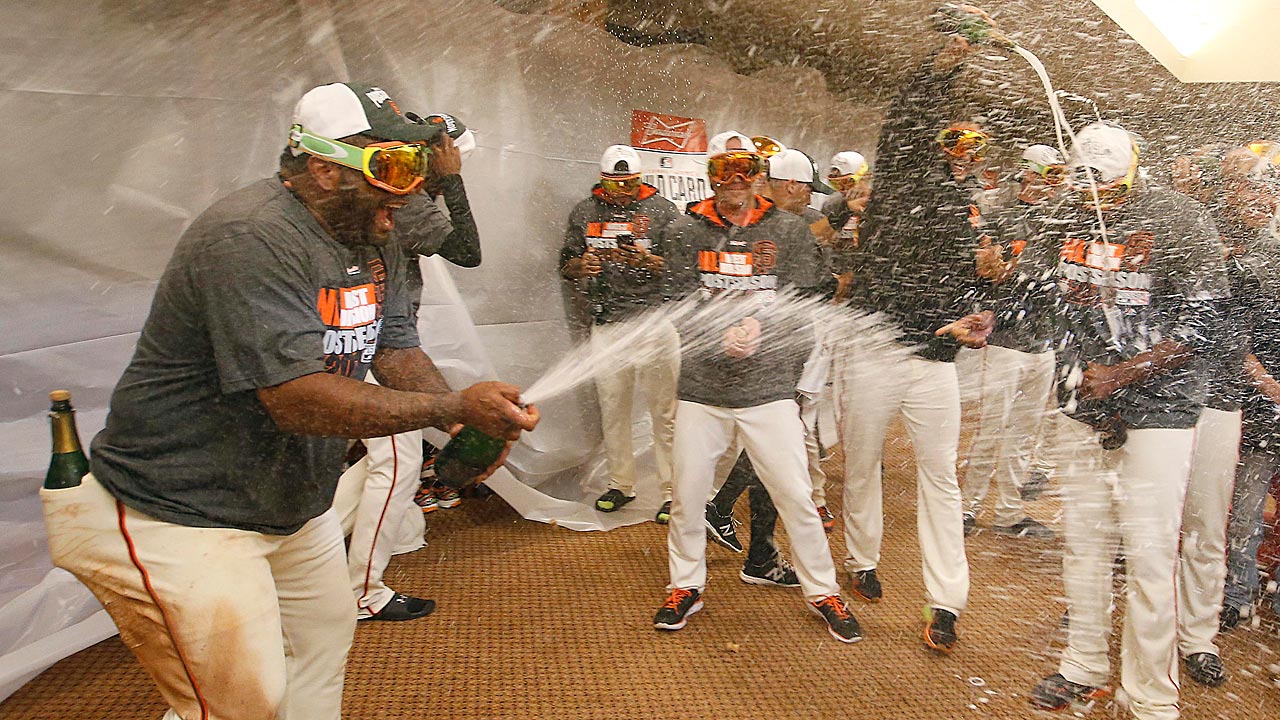 The one thing I like about Opening Day, other than it being Opening Day, is that it’s the first day of the season we all realize that prognosticators are full of shit.  Many folks want the regular season shortened to 154 games now that the postseason has been lengthened after the addition of the second Wild Card.  I want the regular season shortened to 154 games because we find out at least eight days sooner how full of shit the prognosticators really are.  Did any of them pick this time last year the Giants to win it all?  Nope, not a one.  I would bet no one picked the Giants to win it all last year even in the middle of September.

Yet the unpredictability of baseball is the game’s beauty and wonderful appeal.  If the game was predictable, what would be the point of watching?  Fantasy baseball and statistics may help fans understand more levels of the game than ever before, but all the little things between the pitches can never fully be comprehended.  Human error, injuries, different sized ballparks, and an ever wavering strike zone can lead to glorious surprises and spark conversations and debates.  I say, let chaos reign!

What bores me going into Opening Day is a team like the Washington Nationals, the odds on preseason favorite to win the World Series.  Yes they have a great starting rotation.  Yes they have the offensive talent.  Yes they have the depth.  But they’re too vanilla and the only interesting thing would be they didn’t win it all.  And you know what?  They probably won’t.  To me a team like the Arizona Diamondbacks is not much better because they’re just awful and everyone knows it, with no chance of surprising.

Therefore, I wanted to point out a few teams, one from each division, that should be on everyone’s list of teams to watch on Opening Day and for the rest of the season.  These teams may not be good, may not be bad, may not even be that watchable by the end.  Yet these are the teams that as I look at them right now, they are the most unpredictable in their respective divisions and could be the most fun to discover.  Who knows, any of them may end up winning the World Series.  I just wouldn’t predict that.

How did this team win 96 games last year?  I think many people still would like to know, even after watching the Orioles on the big stage of the playoffs in two of the last three years.  Although Nelson Cruz is gone and Matt Wieters and J. J. Hardy will start the year on the DL, the team is still very much the same.  And because the team is the same, that makes them very unpredictable.

Both pitchers Corey Kluber and Carlos Carrasco signed long term extensions for their performances last year.  But can Kluber repeat and can Carrasco go a full season as a starter?  Is there much pitching depth after them?  Can Michael Bourn and Jason Kipnis bounce back?  Is Nick Swisher done?  Is Terry Francona really one of the best managers in baseball?  Michael Brantley and Yan Gomes look good but so many question marks leave me wanting to find out all the answers.

They’ve added some veterans to the bullpen and made some bold trades, acquiring Evan Gattis and losing Dexter Fowler.  Their young lineup is intriguing, full of streaky hitters that could put up 10 runs one night and 0 the next.  The young rotation is full of unknowns that could surprise.  Let’s see what happens.

The young pitching studs this team has seems to be either coming off of surgery or just having one, so the aging Bartolo Colon is the Opening Day starting pitcher.  The aging outfielders Michael Cuddyer and Curtis Granderson will be behind him.  In between those two is the exciting center fielder Juan Lagares and calling the game is the talented Travis d’Arnaud.  Will this jumbled mess of a roster work?  Maybe, maybe not.

Remember, this team was in first place most of last season and they still have Ryan Braun, Jonathan Lucroy and Carlos Gomez.  However they traded away Yovani Gallardo and now Kyle Lohse is their ace.  Yikes.  The season could be a disaster, or it could all turn out well.  It will be interesting, that’s for sure.

Yes they just won the World Series.  But like this time last year, no one is picking them to make the playoffs, let alone go all the way.  But any team managed by Bruce Bochy is always intriguing.  At the very least the collection of veterans, including Tim Hudson, Jake Peavy and Tim Lincecum, may have some tricks left up their sleeves.