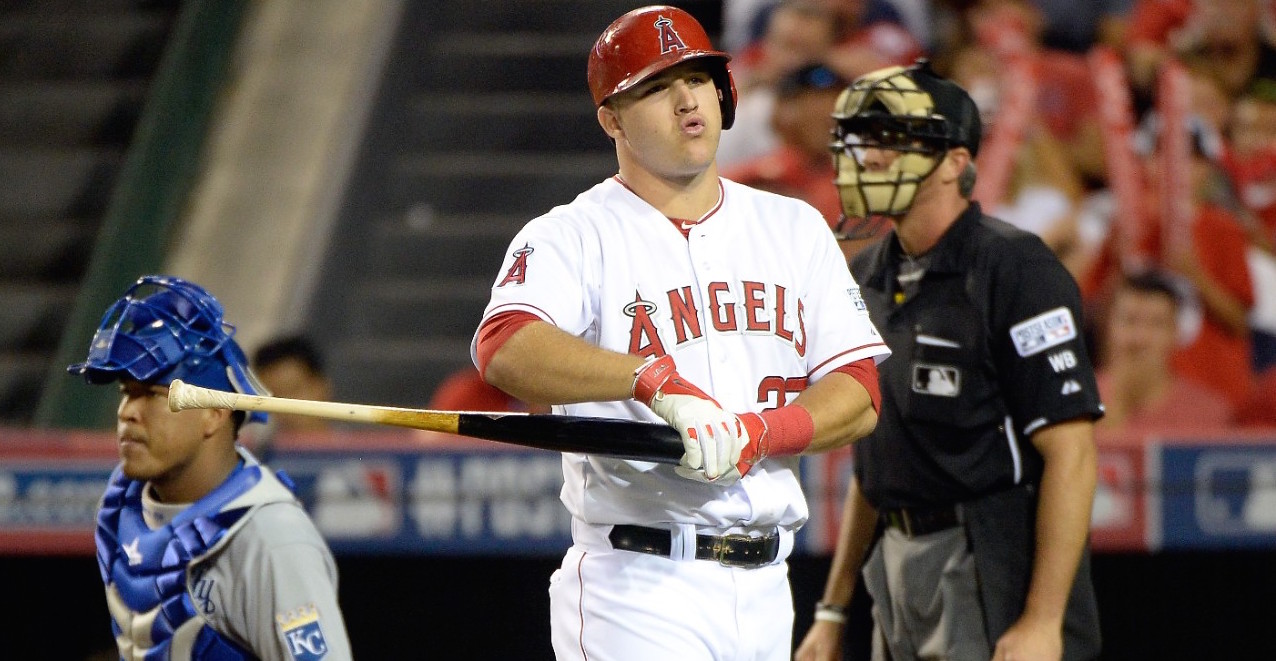 1. Dalton Pompey will finish with a higher batting average than Mookie Betts. Betts is as good as they come and there seems to be little he can’t do. This prediction has less to do with Betts under-performing as it does with Pompey’s surprisingly dynamic ceiling. As I’ve written about, he has potential to be a two-sided, more powerful version of Adam Eaton with a similar contact profile to Betts. He will be called upon to anchor a strong Jays offense but as such will also see some good balls to hit. I say he hits them and a lot of them fall in.

2. Jose Abreu will hit less than 25 home runs. Just as it’s not a knock on Betts to hail Pompey, I don’t intend this prediction as an indictment of Abreu. The surprising Cuban rookie flashed pure power, unexpectedly high ISO and gaudy extra base numbers in the first part of last year. Then he transformed. Not by regressing to the mean, as we’d expect out of a rookie playing above his head, but instead into a contact hitter, with patience, and skillful pitch selection. It was a sight to behold as Abreu slammed just 7 HRs and 34 RBIs after the All Star break to his 29 and 73 before. Not as sexy, but he batted .350 to .292 and got on base 43% of the time. He also struck out almost half as much. Abreu will continue to make adjustments and hopefully for the Sox can meet somewhere in the middle, by grabbing fewer total homers but continuing his high contact, high on-base ways.

3. A-Rod will go 20/80/.280. The whole “steroids didn’t swing the bat” argument is as tried, annoying, and ultimately grating as the jokes about A-Rod’s circus personality. At the end of the day, if A-Rod can get in the batter’s box, he’s still a hitter who can hurt you. If healthy, I expect him to be reasonably productive, at least when considering the hitting starved environment that is modern baseball. While many have joked about him throwing up a 50/130/.320 line, being realistic I think 20/80/.280 is within reach enough, and the Yankees would certainly take it.

4. Rick Porcello will have a better season than Max Scherzer. Maybe the Tigers’ loss will be the Red Sox’ gain? And also the Tigers’ gain? Scherzer will almost certainly not be great for all, if even most, of his huge contract and he’s not the kind of pitcher who looks like he will hang around being decent enough to grab wins late into his thirties. I see that trend starting right now. On the other hand, Porcello has been on the periphery of very good for what seems like forever, but get this: he’s not even 27 until December. As he seems to be trending upwards, I think it’s a safe risk to assume he will move into the ace role for the Sox, while Scherzer could be middling come July.

5. Clayton Kershaw will finish with an ERA over 3.50. Kershaw has been great. Like, transcendent, legendary, awe-inspiring, yada yada… Yes, the era helps and certainly pitching in a pitcher-friendly park doesn’t do opposing hitter’s any favors. But he’s very good. However, we’ve seen flashes of the kind of implosion that might upend the three-time Cy Young winner sooner rather than later. Without a changeup, Kershaw relies heavily on his loopy but consistent curveball to support equally consistent hard stuff. At some point teams will catch up to the hard stuff and the curve will hang. If Kershaw breaks, he might break bad.

6. Mike Trout will win MVP with over 200 Ks. Hitters don’t strike out over 200 times and win MVP awards, plus Mike Trout is the best hitter of his generation. Yet, this is the least bold prediction on this list. Consider that last year he came within 16 Ks of doing it already. Then consider that his numbers all but tanked in the second half of last year, partially due to pitchers exploiting a hole up in the zone. Trout has tapered off in each of his three seasons. As we’ve talked about on the site, his body type doesn’t project to hold up over the long season, and that’s been proven. However, Trout is an incredibly dynamic talent who can beat teams in almost every way a position player can. In this odd era of advanced pitching metrics and limited offense, Trout’s still a favorite to be the best player in baseball, even as he inevitably inches closer to the big 2-0-0.

7. Starlin Castro will outplay Ian Desmond and Jose Reyes. I’m not convinced this didn’t already happen last year but public opinion seems to remain pretty hard on Castro. Injuries and character problems aside, the 24-year-old is as talented as they come and not even in his prime. With the support of a suddenly potent offense, 2015 could be Castro’s year to get back on everybody’s good side. An MVP-caliber year wouldn’t be shocking.

8. Brandon Belt will walk more often than Freddie Freeman and Joey Votto. For those keeping tabs, I didn’t get Brandon Belt on any fantasy team, but I did get Joey Votto and Freddie Freeman. So, they will both be worse than Belt. That’s right, I’ve decided that the walks Belt has been logging this spring will translate into the regular season. Or, at the very least, all three of these players will be hurt by May and they will barely play enough for how many walks they obtain to really matter. Either way, Belt’s going to get on base more and unseat Freeman and Votto as the new school, patient first baseman of the year.

9. The Tampa Bay Rays will lead the league in pitching. The Rays spent the past calendar year ostensibly taking apart the foundation of their team. Somehow, they’ve managed to possibly have gotten better. That’s due in no small part to a pitching core that could easily be the best in baseball. Obviously this prediction hinges on the young pitchers continuing to progress forward, including a big leap to his potential by Jake Odorizzi. Also, a recent injury to Alex Cobb might be serious, thus putting the kibosh on any hope of the Rays riding their pitching deep into the postseason. But if everything breaks right, there’s no reason the Rays can’t compete in a shaky AL East.

10. Justin Upton and Matt Kemp will combine for 85 doubles. Here’s the thing, Upton and Kemp aren’t going to stop driving the ball just because they play in Petco, but probably they will hit less home runs because of it. That’s not necessarily a bad thing. Both players are edging towards the ends of their prime, so their gap power combined with the spacious combines of San Diego might be a perfect recipe. Just as we saw Cano’s power numbers dip in Safeco without a huge effect on his overall value, I’d argue the same may happen with Upton and Kemp. Actually, in the case of these two guys, getting on-base may actually increase their ability to wreak havoc and help the Padres win games.